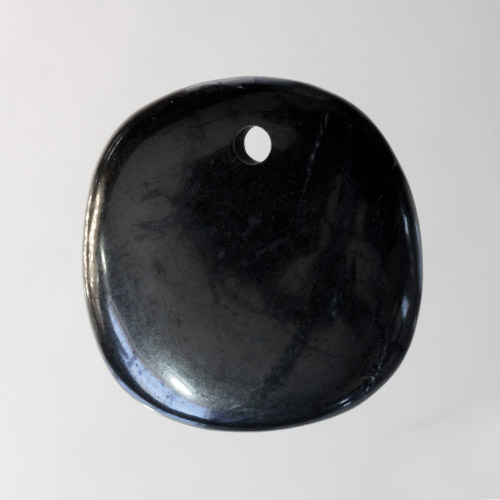 Shungite is a two-billion-year-old Precambrian rock that is mostly composed of carbon, which also happens to be the molecule common to all life forms.  It is coal black, and some pieces are lustrous. Since its discovery in the 18th century, it has been used for its healing properties, including being anti-bacterial. More recently, it has been said to shield the wearer from electromagnetic radiation from computers, microwave ovens, TV sets, mobile phones and other devices.  Metaphysical experts say that Shungite helps to improve the immune system, restore vitality, and reduce the negative effects of stress.