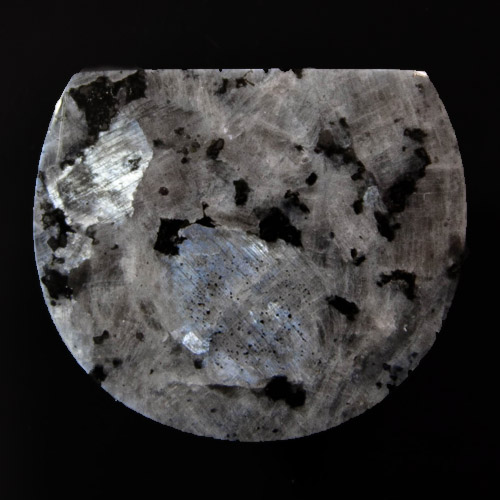 Also called Larvikite, this stone hails from the fiord region of Larvik, Norway. Legend has it that it came to the world's attention in the 1890s when a local geologist saw it glimmering in the moonlight and recommended that it be submitted as a representative stone from Norway to the World's Fair, then being held in Germany. It won first prize, and has been used ever since in sculpture, jewelry, and architecture. It is not a granite; rather, it is an feldspar-rich igneous rock that, in these pieces, intersperses a pearly grey matrix with patches of black and flashes of iridescent blue. New Age enthusiasts use it for clear thinking, psychic travel, and lucid dreaming.